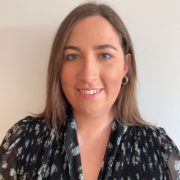 The 2021 Henry Dunant Prize – Research is awarded to Mrs. Harriet Macey for her Masters’ thesis: «Safe Zones»: A Protective Alternative to Flight or a Tool of Refugee Containment?

The members of the Jury considered that this paper deals with an issue of burning actuality, since it focuses in particular on the so-called “Safe Zones” created by Turkey, along its border with Syria, but on Syrian territory, within the framework of the armed conflict which has been tearing apart Syria for the last ten years. In fact, it is not only an issue of a burning actuality, but, as the author rightly points out, there is a serious risk that similar policies be applied in other situations of armed conflicts in the future. In her paper, Mrs Harriet Macey thoroughly analysed the consequences of such policies upon the right – enshrined in the Universal Declaration of Human Rights and other instruments – for every individual to flee his or her own country in case of war or persecution and to seek asylum in another country. Mrs Macey convincingly demonstrated that such so-called “Safe Zones” are in fact an instrument used to contain potential refugees in their own country, thereby denying them these rights. The Jury was impressed by the innovative nature of this paper, which established the link between such so-called “Safe Zones” and immigration policies – or rather anti-immigration policies. Furthermore, in many cases, the term “Safe Zones” is used as an euphemism to cover what amounts in fact to situations of military occupation. Finally, this paper sheds light on the interplay between international humanitarian law, human rights law and refugee law in such situations and demonstrates the author’s mastery of these three branches of public international law. While fully consonant with the highest academic requirements and standards, Mrs Macey’s paper is also a convincing plea in defence of the right of asylum, which is threatened by the setting-up of so-called “Safe Zones” or “Safe Havens”, which are used in fact as instruments of refugee containment. Such advocacy is fully consonant with the spiritual heritage of Henry Dunant and therefore fully consonant with the criteria of the Henry Dunant Prize.

Harriet Macey holds an LLB from the University of Edinburgh and an LLM from the Geneva Academy. Prior to commencing the LLM programme, Harriet worked as an immigration advice worker at two refugee centres in London and for a charity working on conflict prevention. She has also held a number of voluntary roles supporting the provision of pro-bono legal advice, including working with asylum-seekers in Cape Town, South Africa. Harriet’s prior academic and professional experiences sparked a particular interest in tackling issues of gender-based violence and displacement during armed conflict and motivated her studies of international humanitarian law and human rights. During her time at the Geneva Academy, Harriet interned with the editorial team at the International Review of the Red Cross. She is currently working with the Arms Unit and China programme at Saferworld, an international NGO based in London.

So-called ‘safe zones’ pose an increasingly pressing threat to genuine and robust international legal protection for persons fleeing conflict. In particular, Turkey’s efforts to establish a safe zone in Northern Syria were accompanied by an explicit refugee containment strategy, with proclaimed aspirations to prevent the flight and promote the return of Syrian refugees. This contextual background, coupled with the increasingly protracted nature of armed conflict and resulting mass displacement, indicates that safe zones are likely to become a more common feature of armed conflict. This paper seeks to clarify the legal framework surrounding their existence, in particular the obligations owed by refugee-receiving states towards individuals fleeing a territory where a safe zone is located.

The first section provides an overview of the broad forms of safe zones that have emerged in international practice. It begins by outlining the conventional framework under international humanitarian law (IHL), which provides an explicit legal basis for the creation of various forms of ‘protected’ zones. While acknowledging its theoretical potential to enhance civilian protection, the author highlights that this IHL framework is rarely applicable. Next, it discusses prior safe zones established under the auspices of the UN and their failures to maintain promises of safety, largely owing to their non-consensual imposed nature. This section concludes by looking at the current state of affairs, particularly in the Turkish-Syrian context, with the author expressing concern about this new typology of safe zone neither governed by IHL nor authorised by the UN Security Council.

On this basis, using the Syrian context as a key point of reference, the second section undertakes a comprehensive analysis deriving from the complementary application of international refugee law, international humanitarian law and international human rights law in order to dismantle three assertions that risk being associated with safe zones.

First, through reference to the right to leave under IHL and the reinforcing protections of IHRL as well as the principle of non-refoulement, it is shown that the existence of a safe zone cannot justify the closure of borders and other push-back practices which have the effect of denying access to asylum procedures.

Second, the paper challenges the possible argument that a safe zone can ground the rejection of an asylum claim under the Internal Protection Alternative. The author highlights that even if a safe zone is administered by a foreign power or a UN peacekeeping force, the limited capacity of these actors and the illusory guarantees of safety in these spaces entails that the IPA will rarely be applicable.

Third, with consideration of factors including the risk of resurgence of hostilities and of serious irreparable harm for its inhabitants, the author emphasises that there are very few instances where a safe zone can be considered as durably safe to justify return.

In its conclusion, this paper caveats that the potential of a safe zone to ensure the provision of humanitarian assistance and enhanced physical protection is not to be overlooked. However, the establishment of safe zones must form part of a humanitarian strategy focused on the immediate protection of civilians in line with the IHL framework. This paper ultimately demonstrates that even if safe zones comply with certain minimum standards, the volatility and complexities of the conflict environment means that they should not, and cannot, act as a substitute for genuine and robust refugee protection under international law.