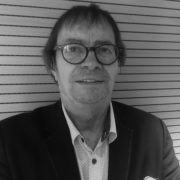 The Competition is a training event in international humanitarian law (IHL) for students (law, political science, military academies, professional institutes …) taking part in the competition in teams of three persons. The 48 selected teams, usually from the five continents, receive a remote training in IHL. They then meet for one week in a place that changes every year, for the Competition itself. They compete in the context of simulations and role plays built around a fictitious armed conflict. Teams play the role of actors of armed conflicts (military, humanitarian, political officers, lawyers…) in a context larger and richer than the sole judiciary context. Teams benefit from the support of tutors in tests where they are assessed by the jury. All tests are oral – no written part is required, except the application file.

Replicated on the five continents, this form of public international law competition was set up to reflect more faithfully how IHL is implemented, be it in courts or on the ground, at the very heart of armed conflicts.

As the creator of this format with Christophe Lanord back in 1989, Michel Deyra holds a PhD in law. He specialized in international law and international humanitarian law and has served his career at the Faculty of Law of the Université d’Auvergne (Clermont-Ferrand).

His academic career also led him to teach as an associate professor at the Special Military School of Saint-Cyr Coëtquidan from 1999 to 2003. He was also a lecturer at the School of Officers of the National Gendarmerie (EOGN) and at the National School of Police (ENSP). The Vice-President of the French Institute of humanitarian law and human rights, Michel Deyra was also honorary director of the Institute for Preparation for General Administration of Clermont-Ferrand between 1996 and 2006.

He is also the author of several publications on public international law and legal drafting, as well as the co-author of a series of articles presenting the pedagogical approach promoted by the Pictet Competition. which consists of “taking law out of the books” using simulations and role plays relating to fictitious armed conflicts. In his writings, Michel Deyra presented the impact of the Competition on career path and life experience of participants. Based on the “learn, compete, meet” motto, dozens of editions of this event have forged a community of over 4000 “Picteists”. More than half of them have continued their studies and careers in fields related to humanitarian law and action.

In tribute to the professor of public international law Gilbert Apollis, who sadly passed away in the first year of the Competition, Michel Deyra also helped establish a dedicated prize, which is granted to the most engaging speakers during in each edition.

As a genuine supporter of the Pictet Competition and the role of worldwide youth to promote and implement IHL since 1989, Michel Deyra is a key figure of “the spirit of the Pictet Competition”. Such spirit is one of humanity and friendship presiding over each edition. It allows participants, jury members, tutors and organizers from all origins and backgrounds to forge strong personal ties beyond space and time. A dedicated promoter of this spirit, Michel Deyra made an important contribution to the development of the community of Picteists all over the world.

Indeed, after taking part in the competition, many Pictéists have played an active role in armed conflicts: whether as ICRC delegates, military advisers, magistrates or representatives of governments called upon to negotiate peace agreements or treaties such as the Statute of the International Criminal Court.

Looking at the formidable humanitarian community the Pictet Competition has generated all over the world, awarding Michel Deyra and Christophe Lanord the Henry Dunant Prize 2021 – Field is as much a consecration as a confirmation of their impact on the promotion and implementation of IHL. Their contribution in that respect serve both Henry Dunant and Jean-Pictet’s ideals for a world with less suffering in wars and is truly remarkable.