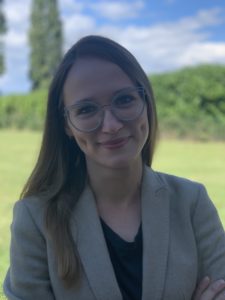 The 2020 Henry Dunant Prize – Research is awarded to Mrs. Mme Yulia Mogutova for her Master’s thesis: Mind the Gap: Right to Life of States’ Own Military Personnel in Conduct of Hostilities.

Moreover, this thesis deals with one of Henry Dunant’s dearest fights: the protection of the life of soldiers.

The 2020 Henry Dunant Prize – Research will be awarded during the graduation ceremony of the Academy of international humanitarian law and human rights law on Friday October 30 2020 à 18:30 at the Maison de la Paix, Auditorium Ivan Pictet.

The paper focuses on a specific issue of the right to life of the State’s own military personnel in the conduct of hostilities. The main controversy of the topic is that even though everyone’s right to life is protected both in peacetime and in armed conflict, soldiers are still seen as State agents responsible for violation of rights of others rather than rights beholders or victims of violations. The author of the paper tries to challenge this well-known misconception but looking into the common origins of the two relevant legal regimes, i.e. International Humanitarian Law (IHL) and International Human Rights Law (IHRL).

The first part of the paper provides a detailed analysis of the State’s human rights obligations owed to its own military personnel. Through the jurisprudence of the European Court of Human Rights and domestic courts (the UK Supreme Court), the author analyses the content and scope of the right to life of soldiers in peacetime and wartime, as well as its application in military operations abroad and possible limitations. The author comes to the conclusion, that, firstly, the particularities of the military service do not wave the State’s obligations to protect the lives of its military both in peacetime and in armed conflicts, and secondly, not all the obligations are subject to exigencies of military services considerations. Namely, the obligation to investigate suspicious death or alleged violation of the right to life should be equally applicable to soldiers and civilians in armed conflict and peacetime.

In the second part, the author analyses the evolution of humanitarian protection and the core principles of IHL in order to demonstrate that protection of the life of combatants is not in contradiction with the legal regime of IHL. Firstly, it is demonstrated how the cardinal norms of IHL, such as the principle of humanity, the Martens clause, and Common Article 3 encompass the protection of the State’s own armed forces.

Secondly, the author argues that protection of combatant’s life is inherent to IHL and can be traced back to the principle of military necessity and existing limits to the means and methods of warfare.  Nevertheless, it was concluded that even if the right to life is guaranteed, all the duties of restraint are directed at protecting the enemy combatants while IHL is silent on obligations towards the State’s own military personnel in the conduct of hostilities.

Finally, the author looks into the practical implication of protection of the right to life of the State’s own military personnel. Firstly, she concludes that such protection is favourable for ensuring respect for IHL and demonstrates by a practical example that due performance of the State’s obligations vis-à-vis its own military has a direct impact on the protection of the civilian population. Then, she challenges the possible counterargument that such protection can be misused by States using the example of proportionality assessment in the conduct of hostilities.

The author concludes that the right to life of States’ own military personnel is an archetypical illustration of the role and impact of IHRL to fill in the protection gap under IHL. The armed forces cannot be expected to respect IHL and IHRL unless their own rights are guaranteed. She suggests that the inclusion of a compulsory human rights component in military training would enhance general compliance with IHL and IHRL in armed conflicts.

Yulia Mogutova holds a specialist degree in international energy law from Kutafin Moscow State University in Russia (2015). After graduation, she was working in the private sector and academic sphere before joining the International Committee of the Red Cross (ICRC). For three years she worked as a Legal Adviser in the ICRC Regional Delegation for the Russian Federation, Belarus and Moldova where she developed a strong interest and passion for International Humanitarian Law (IHL) and humanitarian action. This experience motivated her to pursue the LLM in IHL and Human Rights at the Geneva Academy of IHL and Human Rights (2020). Currently, she is starting her PhD at the University of Geneva and works as a Teaching Assistant at the Geneva Academy.