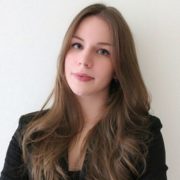 Thesis Summary
Most conflicts of our times are of a non-international character, that means conflicts, in which a state fights an armed group or non-state armed groups fight amongst each other. The treaty regulations for these conflicts remains weak. Customary law, in contrast, can be a useful tool to fill the gaps. As of now, only the practice of states is considered for the purpose of identifying customary rules of IHL. However, the rules are considered binding on both, states and armed groups. This leads to two major problems: first, the rules are often unrealistic for armed groups as their peculiarities played no role in their formation. Second, the armed groups lack a “sense of ownership” of these rules and thus often reject them. These problems could be addressed by considering armed groups’ practice as well. 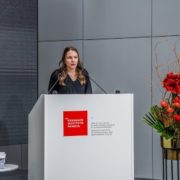 However, such an approach would also pose numerous challenges which this paper seeks to identify and discuss potential solutions for. The overall aim is to find those solutions that would outweigh the negative implications. The paper seeks to make the inclusion of armed groups’ practice possible, with a view to enhancing the compliance of non-state armed groups with the rules of IHL.
The first section provides a framework by setting out the state of the art regarding the formation of customary international law in general, as well as the perception concerning the participation of armed groups in this process. It as well outlines positive and negative implications of admitting armed groups to the formation of CIHL, in order to make an effective search for solutions which is aware of potential negative implications.
The second section is devoted to the discussion of six problems that might potentially bar the participation of armed groups in the customary law-making. Among such problems are those related to the selection of armed groups, the identification of what constitutes law for them, the acceptance of armed groups explicitly refusing to comply with any IHL rules, the difficulties arising of armed groups’ temporary character and their heterogeneity as armed groups. The section also suggests legal solutions or at least possible leads to solutions.
Finally, based on the analysis, the author comes to a conclusion that the arising problems may be either eliminated or at least mitigated. Realistically, however, the process of eliminating or mitigating those challenges would, nevertheless, require putting in great efforts and taking a number of active steps, which would depend on the readiness on the part of states to open up a discussion on the matter. In conclusion, the author highlights that such discussion shall be approached with the view of its potential to affect the alleviation of suffering of victims of non-international armed conflict, rather than a tool to disrupt the existing system of international law. 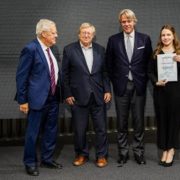